Vacations in Florence and touristic attractions 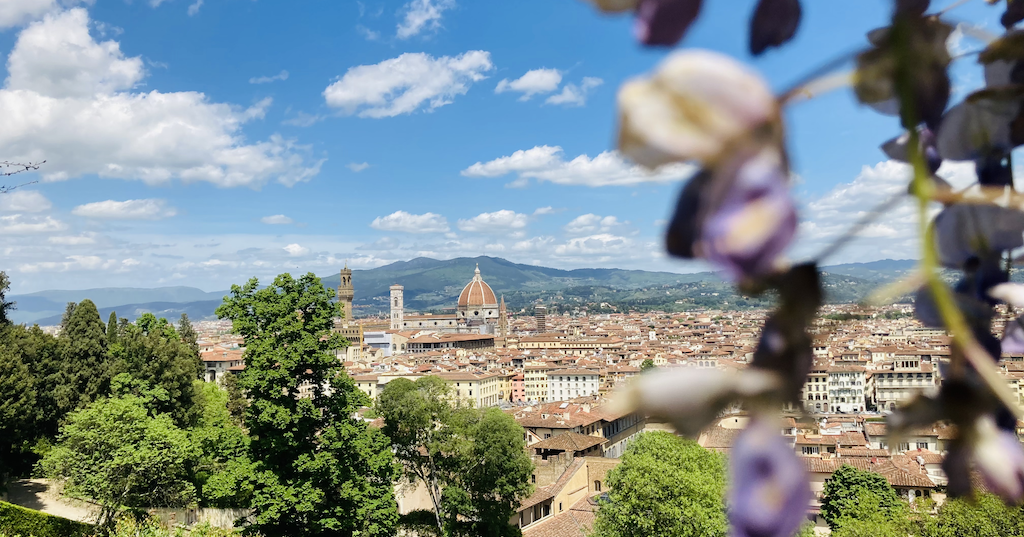 If you are planning your vacations in Florence and you are looking for a place where you can spend a quiet moment with a breathtaking view of the Florentine landscape, we can suggest you the Bardini garden. Open every day from 10am to 7pm with entrance in via dei Bardi 1 or in Costa San Giorgio 2.

The history of Bardini Garden is a journey through seven centuries of Florentine history and gardening that gives us today an area of 4 hectares with about 200 pieces of sculpture, 13 fountains, 3 caves, an exceptional “fountain wall” and a botanical heritage composed largely of trees such as holm oaks, olive trees, roses and azaleas.

The garden disappeared from the view of the Florentines after being abandoned in the last years of the 20th century. The restoration has given new life to this wonderful symbol of Florence. The rebirth of the garden culminated with its reopening to the public on October 2, 2005.

The researches revealed an articulated series of passages of property and of changes also in the dimension of the garden. It assumed the actual form only in the first half of the 19th century after 1838 when Pier Giannozzo Mozzi bought the whole area. The three distinct parts that traditionally composed the garden were reunified in an only entity: the English wood, the baroque staircase and the agricultural park.

The garden is located in the part of the Florentine hill that from the river Arno rises up to the San Giorgio gate. It is a steep area bordered by the medieval walls of Florence that takes the name of Bardini Garden in 1913 when Stefano Bardini (the prince of antiquarians) buys the entire property starting the process of renewal and modernization.

Who will decide to plan their vacations in Florence in April and will want to visit this beautiful garden, will have the unique opportunity to admire the flowering of wisteria at Bardini Garden Date already marked on the calendar of every Florentine, is now becoming a highlight of those who decide to spend their vacations in Florence around the middle of April. Ten days of flowering that create a magical path overlooking the spectacular views of Florence.

The wisteria pergola is 4.60 meters wide and 70 meters long, and it creates a true colorful sign in the urban landscape of Florence.

The guided tour and your vacations in Florence

The life of the collector Stefano Bardini marks the history of Florence, at his death in 1922 he left to the City of Florence the Palace of his property in Piazza Mozzi with the request to make it a museum. In this way, the Museo Civico Stefano Bardini is born, which together with the Horne Museum, the Stibbert Museum and the Salvatore Romano donation, is the testimony of the heritage that private collecting, the market and art history studies have left to Florence.

If you are enchanted by this wonderful garden and you are imagining your next vacations in Florence, one of our Residences could be the right place where to stay. In the center of Florence designed to guarantee comfort, convenience and relaxation. For those who travel as a couple, with friends or for those who travel with family, we have the right solution for every occasion: modern, large and spacious apartments equipped with every service or elegant and refined rooms.  Among the activities designed exclusively for our guests we have a private tour with an official guide of Florence, because making you relax during your vacations in Florence is one of our priorities.

Dream of your vacations in Florence and let us organize everything!