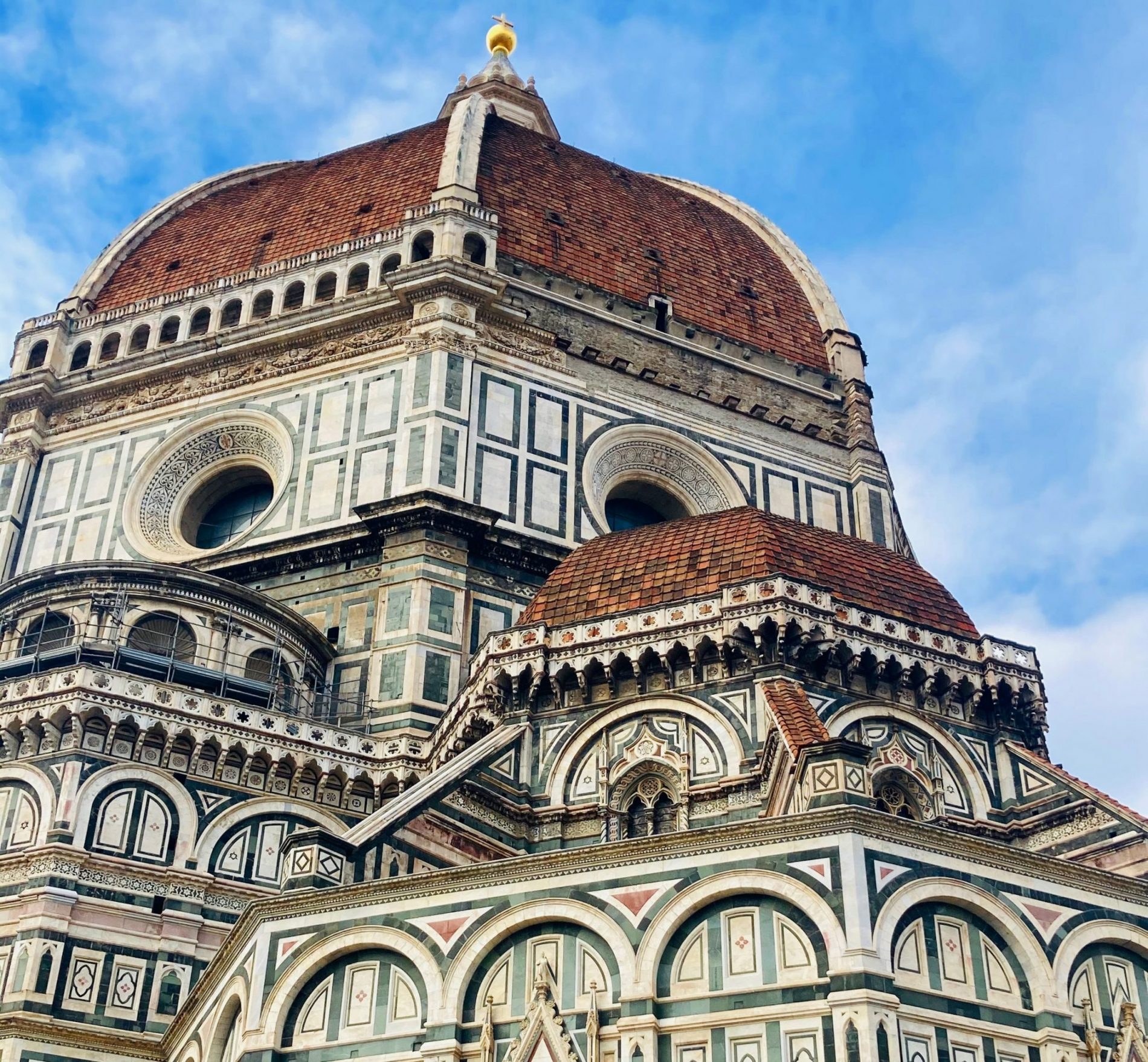 Le Residenze a Firenze > THE BLOG > Dome of Florence Cathedral

Among the things to see in Florence, we can not miss the Dome of the Florence Cathedral. It is a must see place if you are in Florence for 2 days, a week or a month. It is an experience that must be done: climbing to the top is a unique emotion, the view is absolutely worth the effort, walking and touching the bricks of the 1400 makes you live history as a real jump into the past.

Things that have to be seen in Florence: Dome of Florence Cathedral

In 1418 the Opera del Duomo announced a competition for the presentation of a project for the realization of what would become the symbol of Florence. 12 projects have been presented, but only 2 have been considered. They were the projects of the two great masters.

The problems to build the dome of the Florence Cathedral

Surely, in his initial project, Arnolfo planned to finish the cathedral with a dome, but compared to the initial project the architect who had to continue his work, he was going to find a lot of problems:

Brunelleschi presented a project based on a method of calculation by which he could eliminate the use of ribs (wooden frames used to build the arches). History tells us that he was considered foolish.

The construction of the dome of the Florence Cathedral

In 1422 the construction of the dome of the cathedral of Florence began: a self-supporting dome. Today we don’t have Brunelleschi’s original plans, but we know that the construction had to be developed by concentric rings of bricks in successive layers that holding up each other, while the dome was growing up. Brunelleschi uses the herringbone method so the bricks didn’t slip because of the considerable inward inclination. The dome has two caps: one inner and the outer one. The inner structure holds the whole structure and the outer structure. The outer structure protects the inner structure from the weather.

Works continued for sixteen years and during all these years there was only one death of a worker who fell down from scaffolding because of too much wine drunk. Brunelleschi ordered to drink exclusively wine mixed with water. He also invented new machines for transporting materials.

In 1436 the construction of the dome of the cathedral of Florence was completed (excluding the lantern).

The guides of Le Residenze a Firenze will be happy to accompany you on your visit to the dome of the Duomo of Florence if you book one of our Residences. Many are the private tours to discover all the secrets of Florence.

We are waiting for you. Book your Residence